Yesterday- a great sunny morning, for a change I was early for the jam at  the Bugle Park,(or as they have labelled it-Bugael Rock Park).   I had never visited  this place before in all the years I have been in Bangalore.  Situated next to the Bull Temple, and having a few small temples in the same  compound.  There is also the senior citizen's centre at the main entrance.

This place has alot of trees, a garden with bouganvillea, greenery, bats, shady arbors and walkways.  And of course, the stone formations, that are scattered around with people, tourists perched on them.

George and Smitha were busy with a workshop at NID.

I hunted for any early jammers and then ended up painting at the highest point in the park.  I was joined by Ram, a new jammer, who later wandered off to sketch on the pathway.  Next was Aditya, Mohun, the two girls,Dinesh, Shariq, Atif, and Akhila.  Sony joined us much later.  Varun and Shashank joined Atif while he was sketching on the rocks.

A great place to return to, with a nice atmosphere.  A lot of trees and greenery ofcourse! Thousands of bats have made their homes in the trees here.  Small boys were throwing stones and disturbing them. 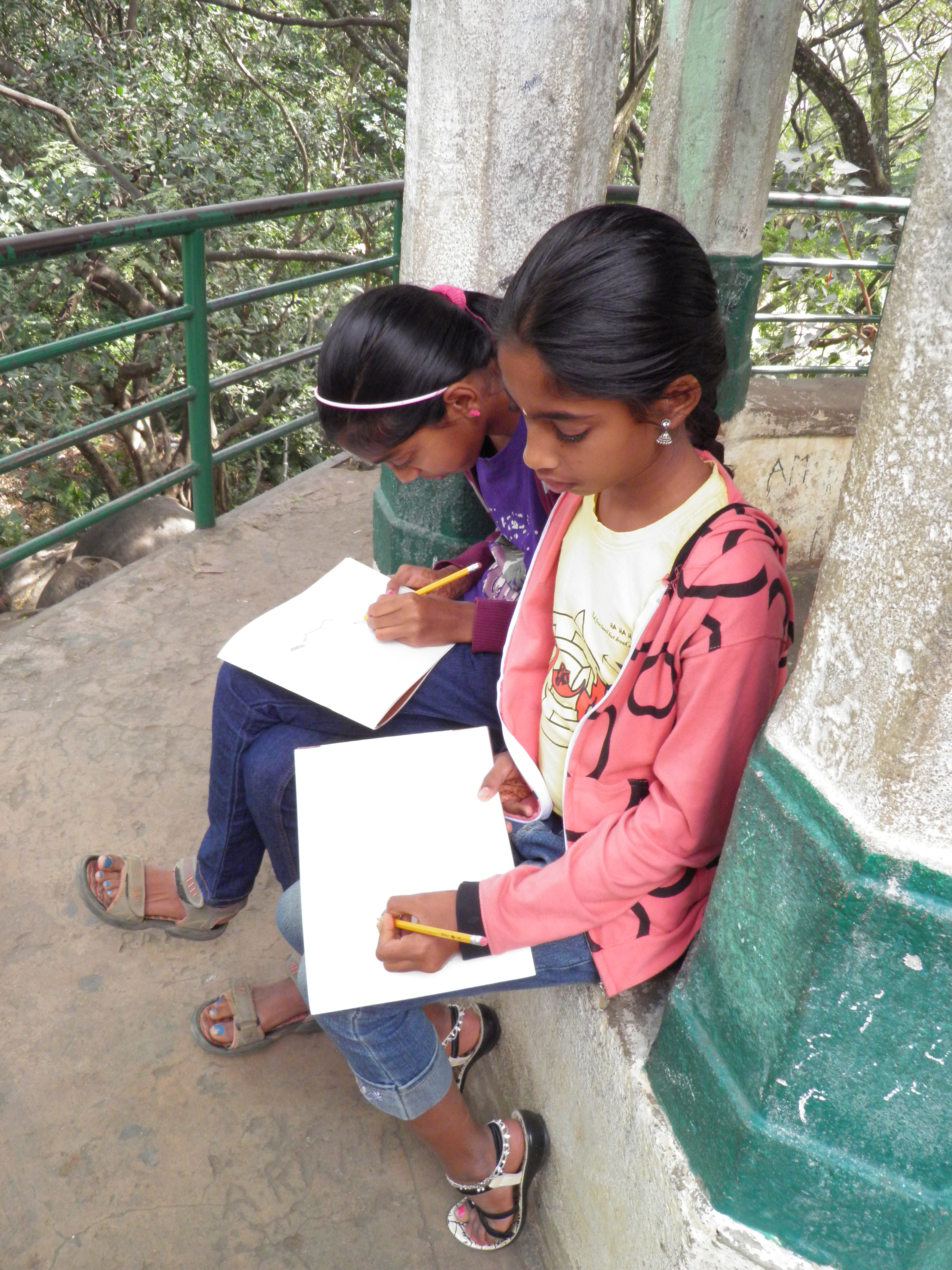 Madhulika and Aparna accompanied by their mother kept me company at the high point. 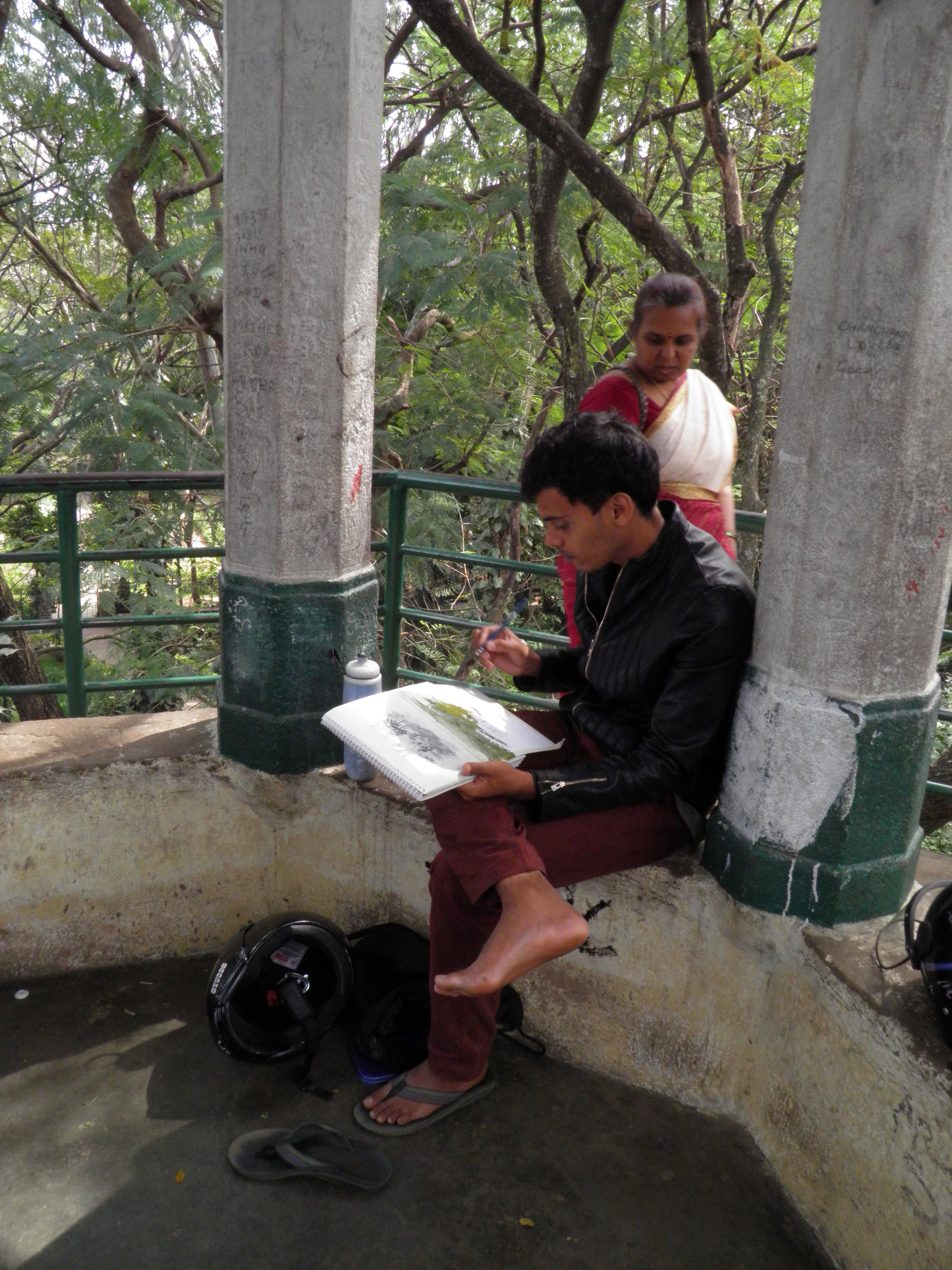 Do not disturb artist at work! Akhila attending a jam after a long time. Shariq gets himself in a tight spot between the rocks 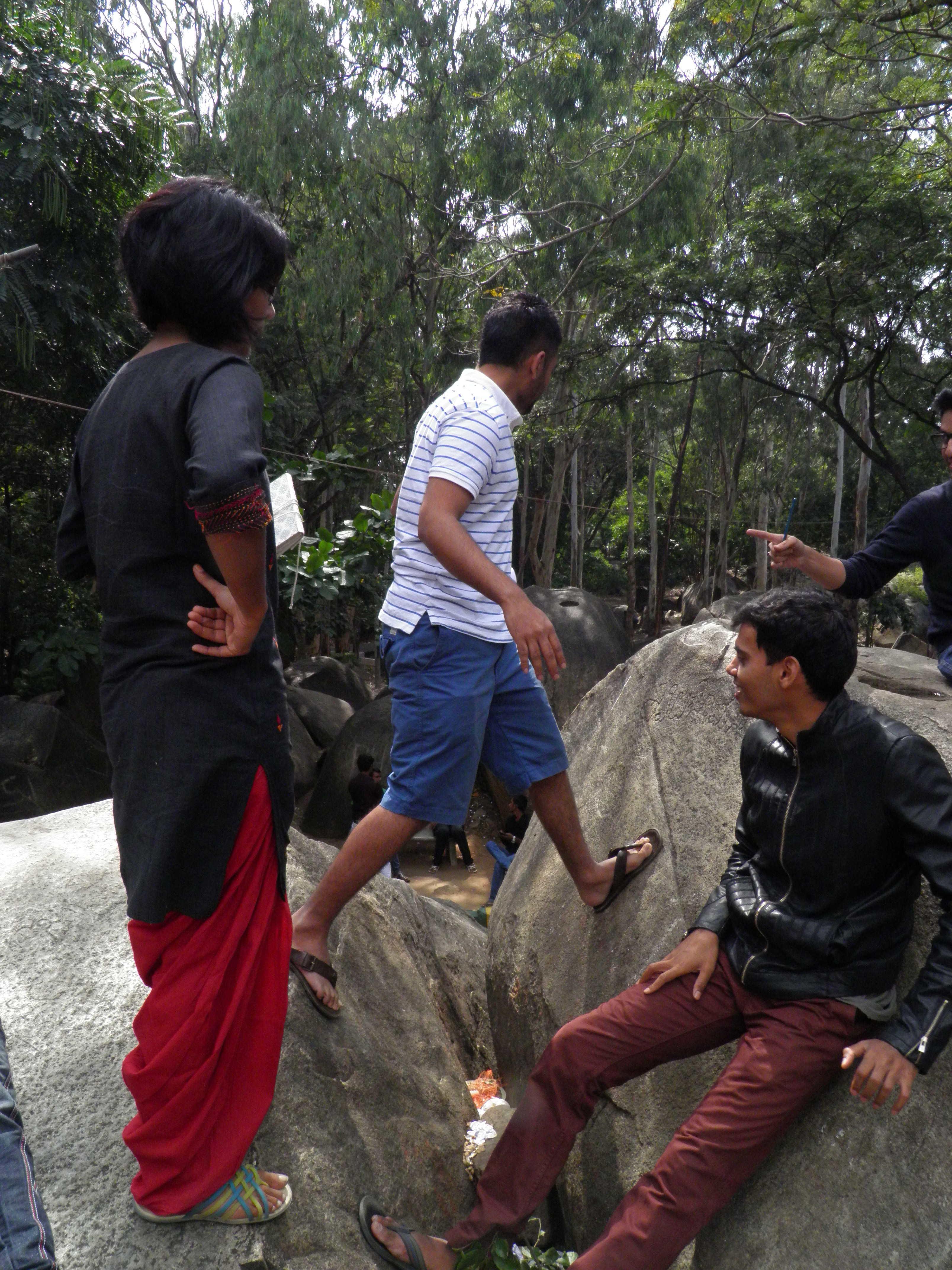 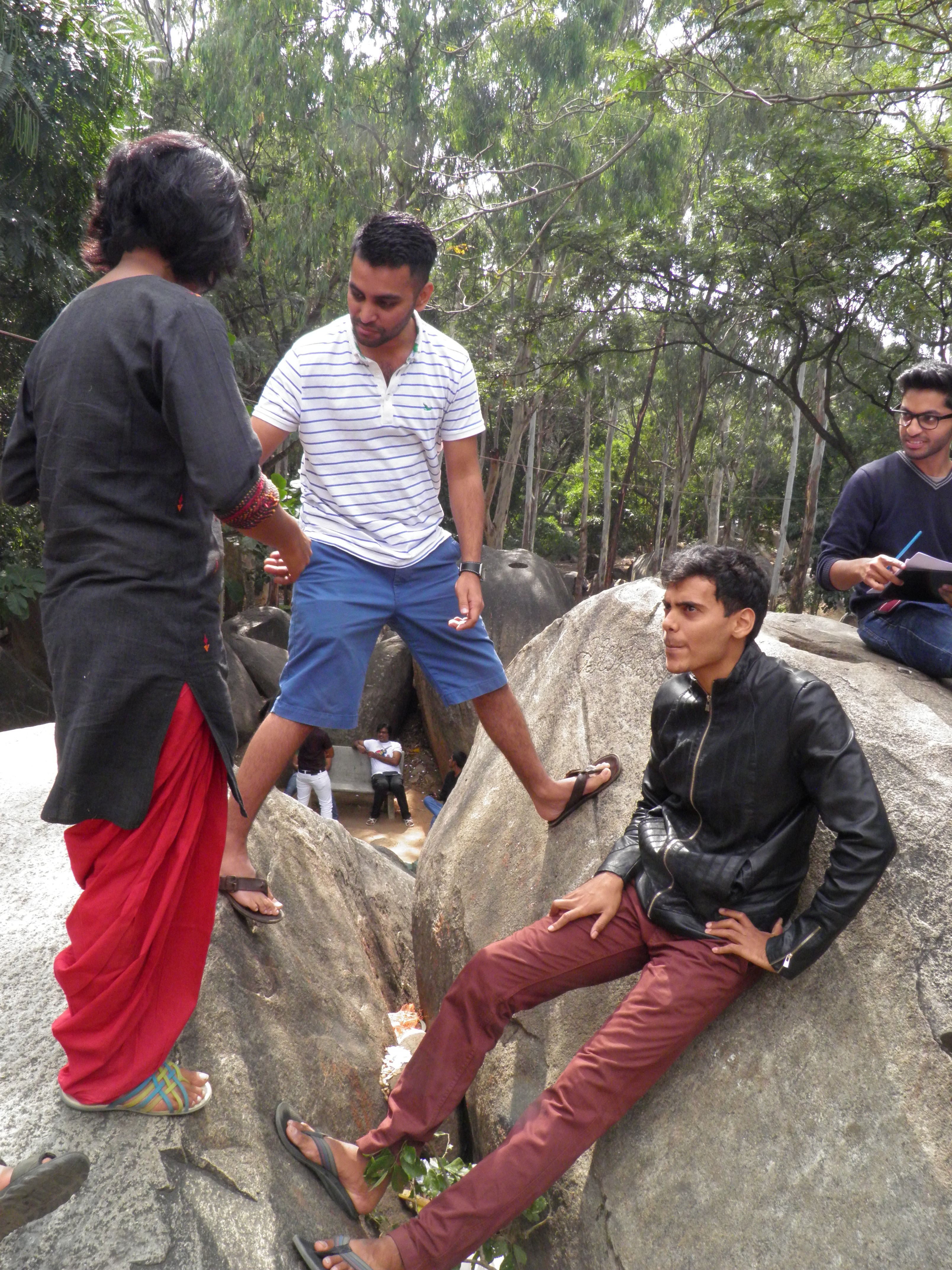 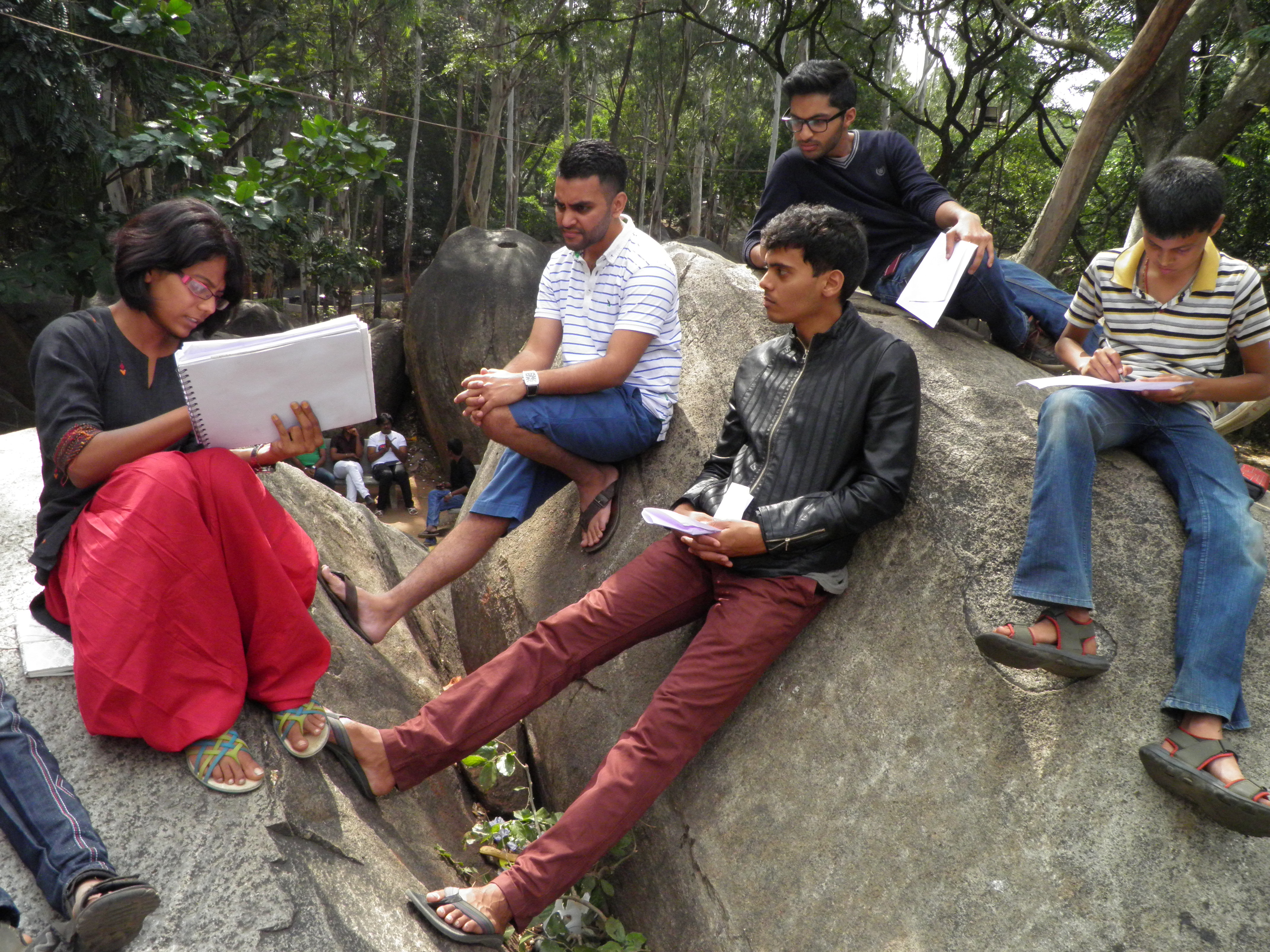 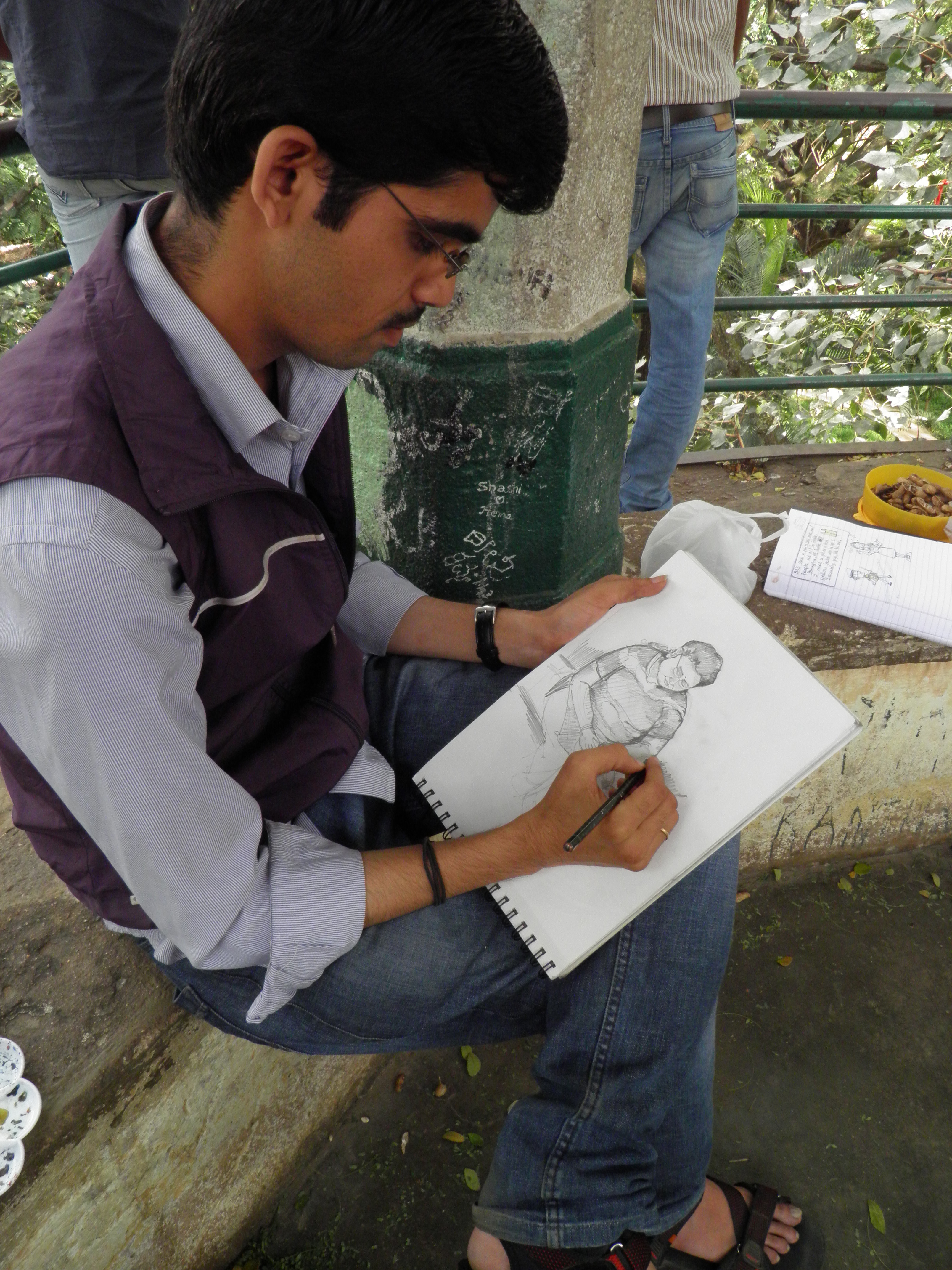 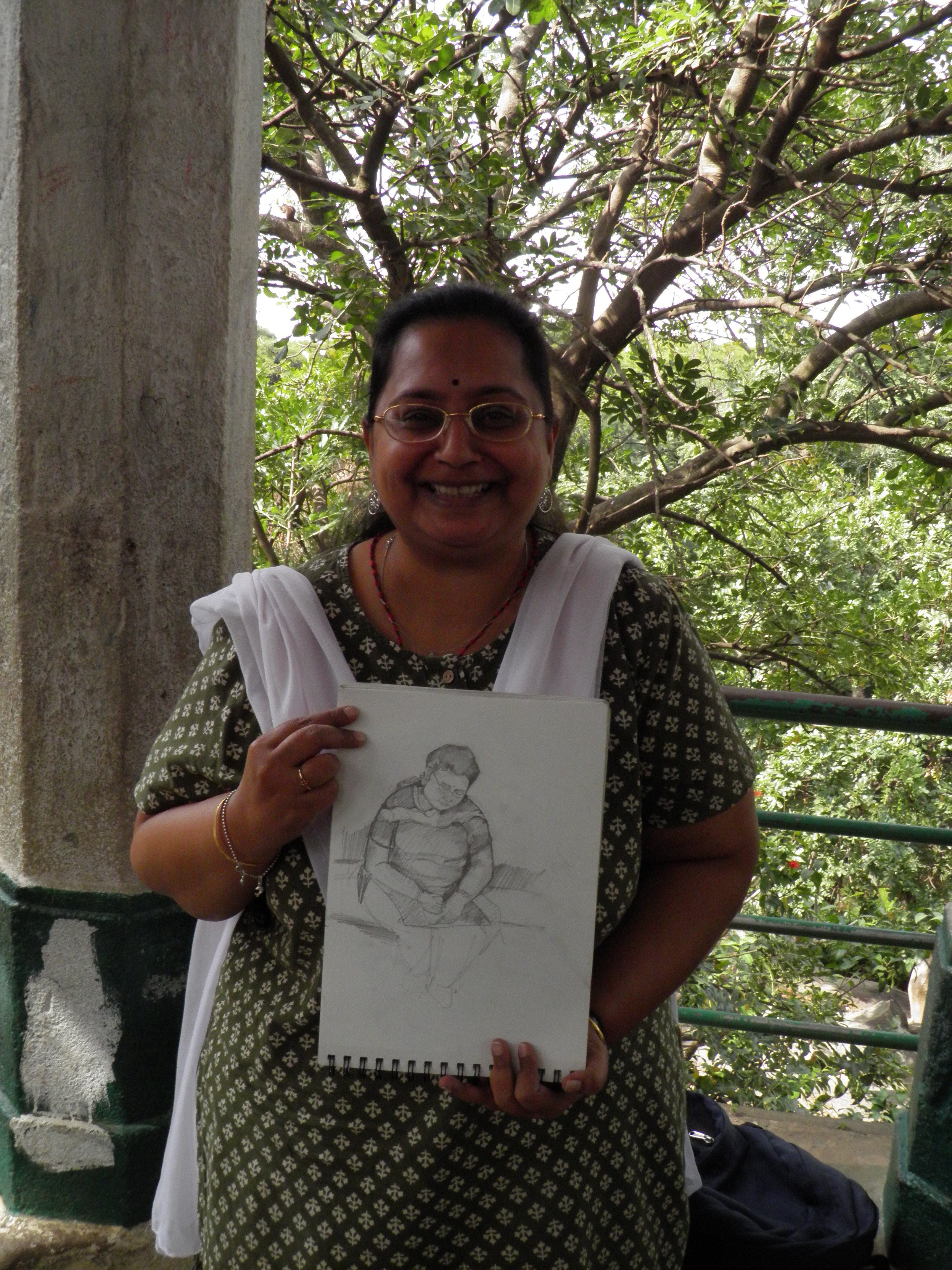 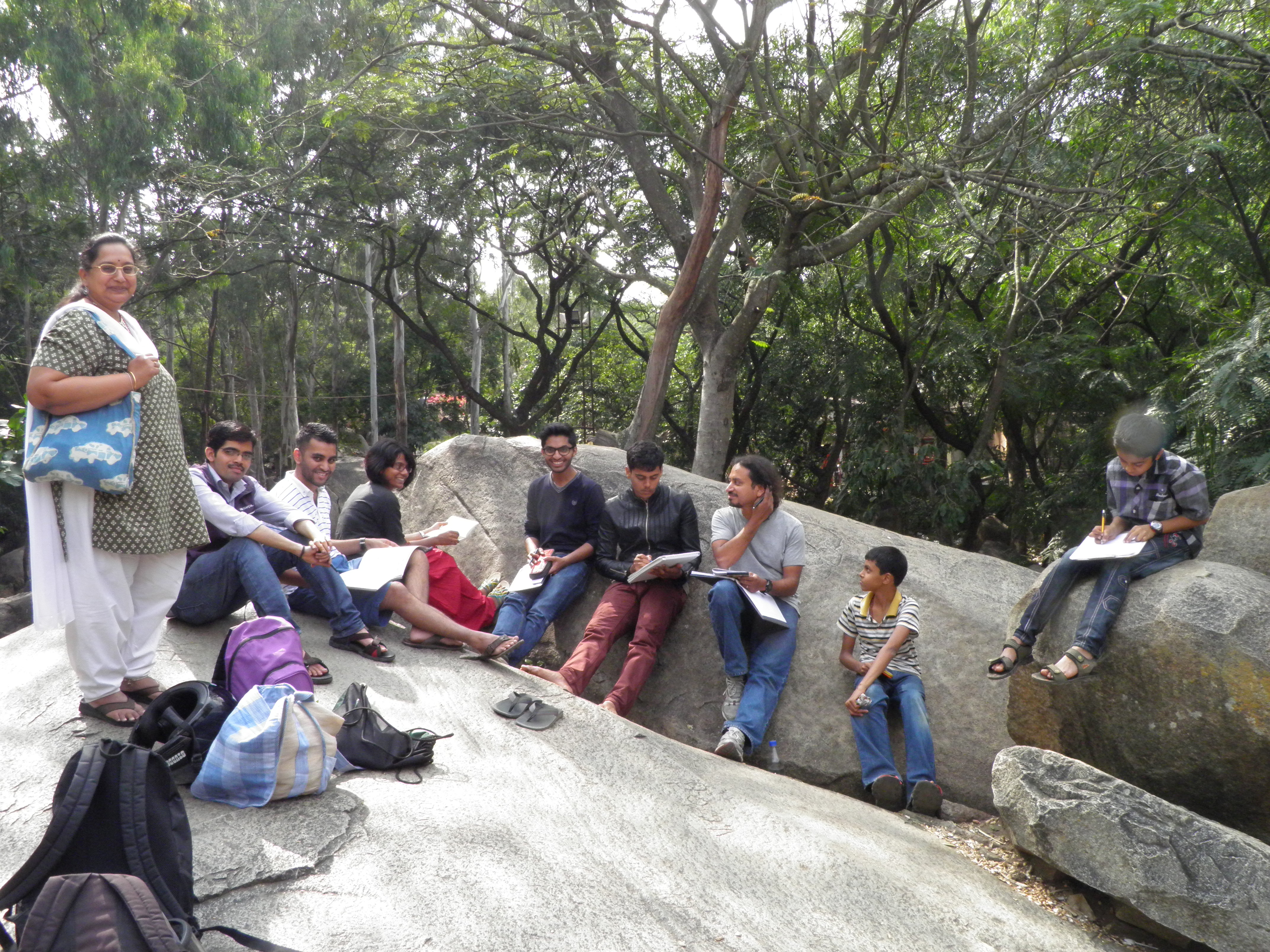 All the jammers at the end.  We were joined by two boys Varun and Shashank , who did a couple of amazing sketches, maybe Din can upload the photos, and his toons of them. 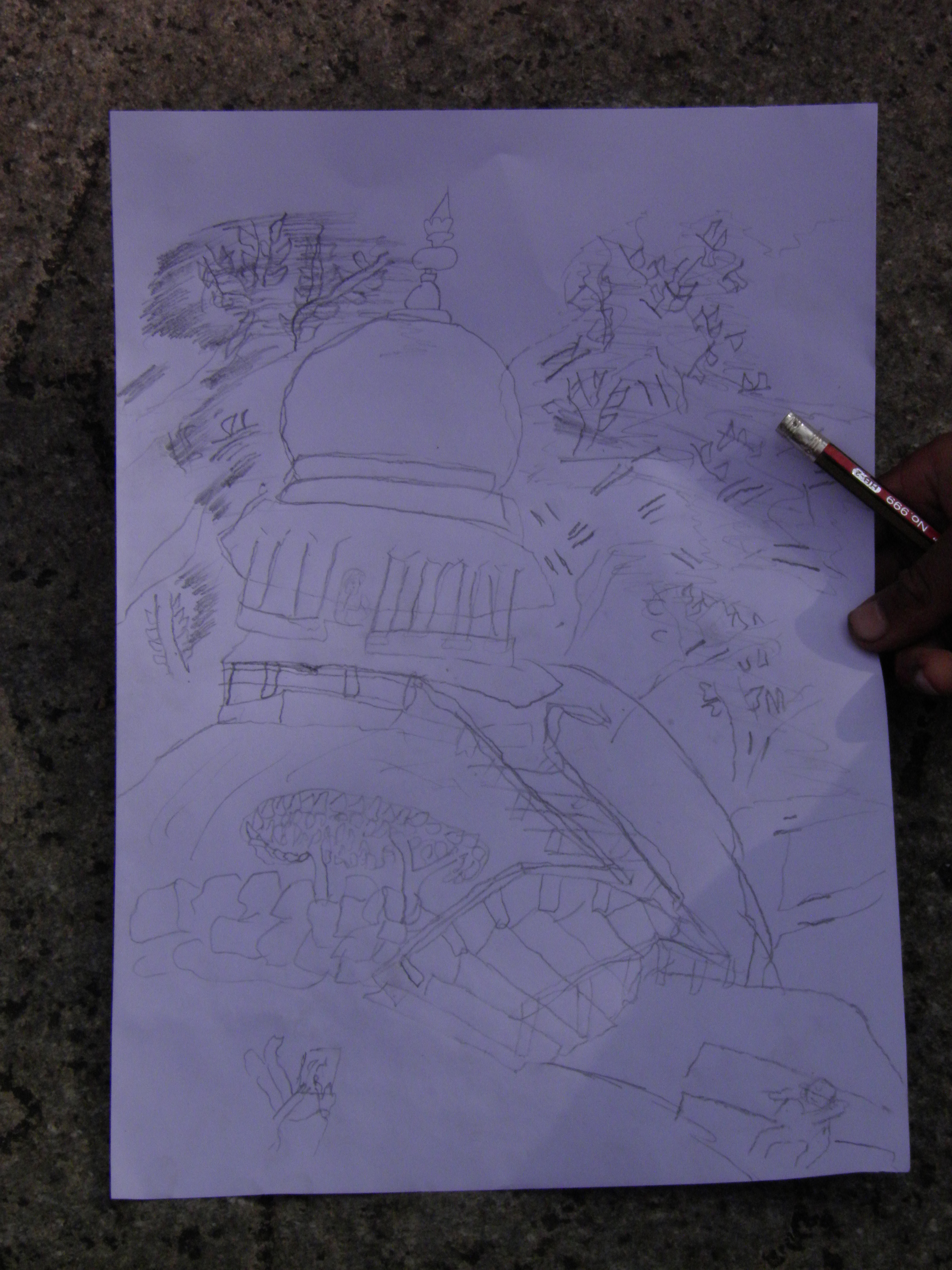 Varun's sketch of the high point.

Jammers please feel free to upload any photos taken and sketches of the jam here.

of 3 Next
This reply was deleted.