We sketched at the Madiwala lake today. Some jammers had turned up at 7.30. Not me. I landed there at my usual regal ass time at 11 am, and as always there was a story brewing. 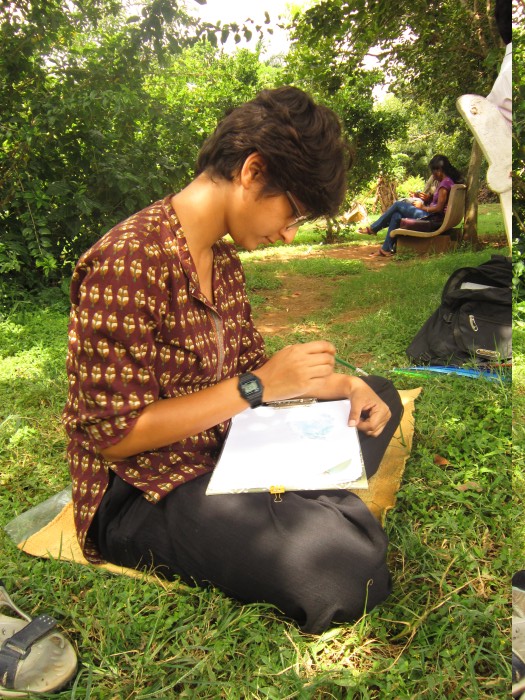 Nandita had brought along a little mat and had already painted 3 compositions by then. 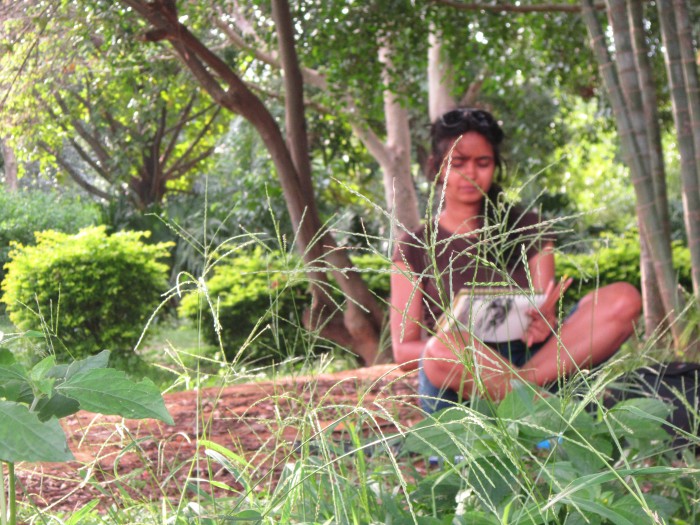 Studious Smitha had found her perch. 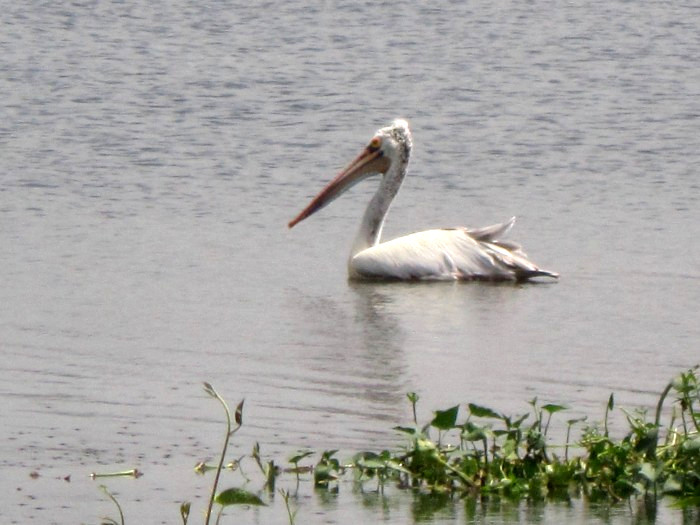 The lake had plenty of birds, though it was already noon and many of them were hiding in the water hyacinth that was all over the place. 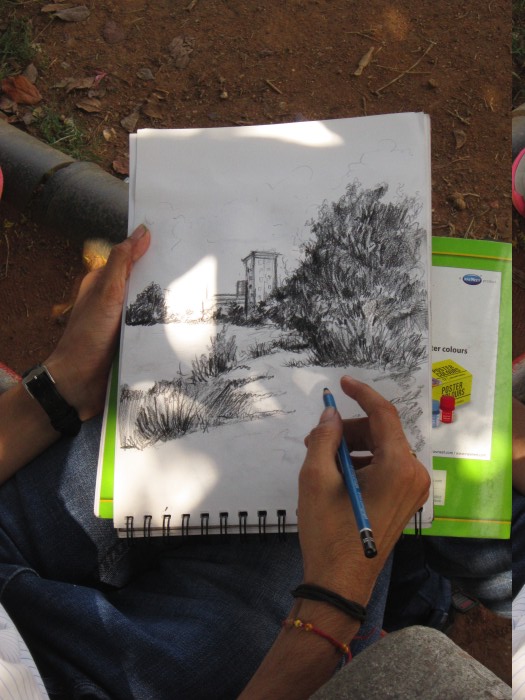 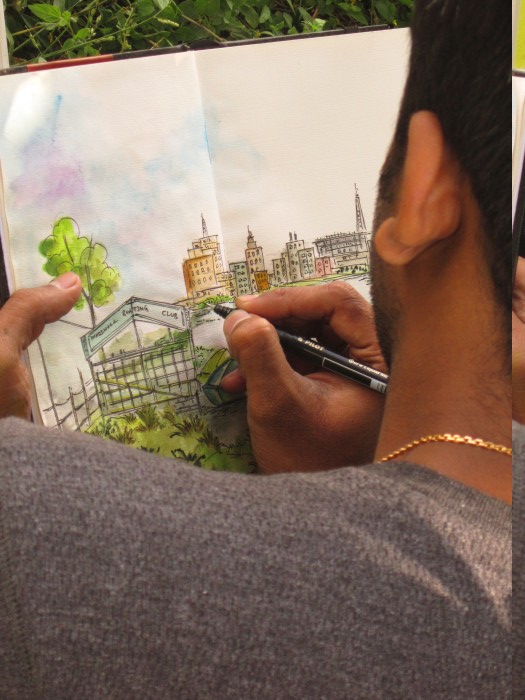 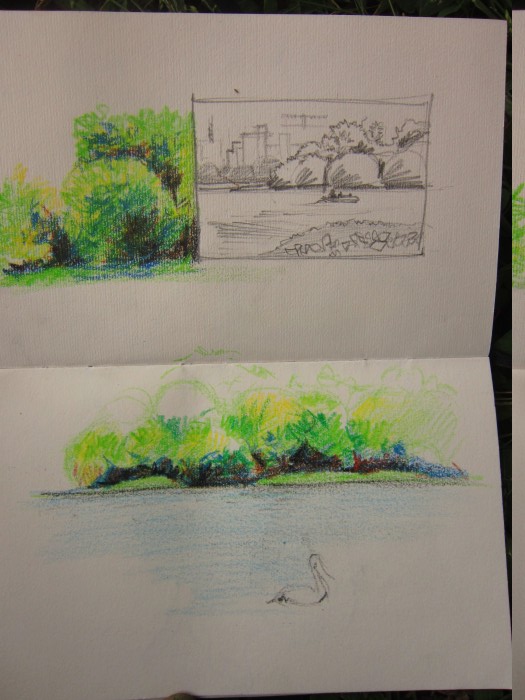 I pulled out my trusty set of children's wax crayons and dashed off a quick study of a clump of trees on a distant island. 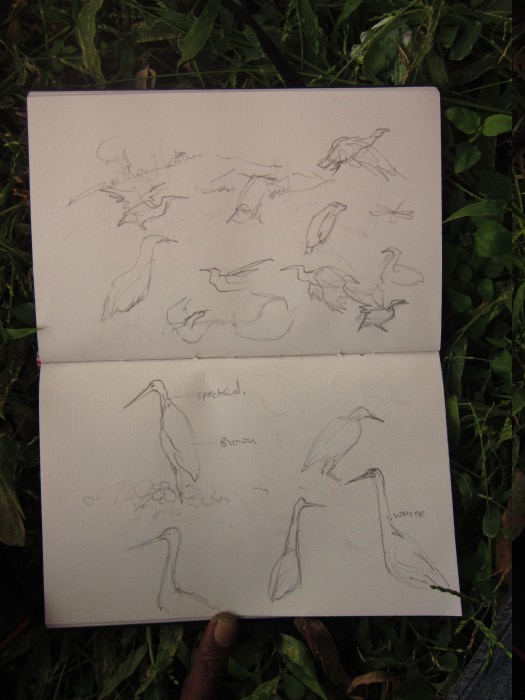 The birds caught my attention. Here are a few quick gestures that I captured. Then 3 kids come along swinging a catapult. I hand out some art material, and a little conversation later, I gather that one of them hit an Indian Pond heron (I think) with their WMD. The poor thing could'nt fly so was hiding out in the vegetation. 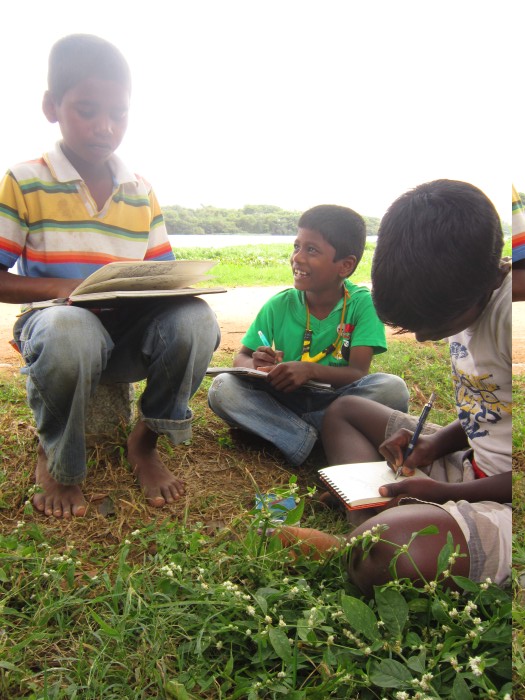 See the elevated, luminous angel? He's the one who shot the bird. The other two were very concerned about the bird, and convinced me to investigate. So we hire a boat, and off we go to find the bird. A little pedaling later, we found it, but could not get near. The bird saw us coming, and scuttled deeper into the vegetation. So that was the end of that. 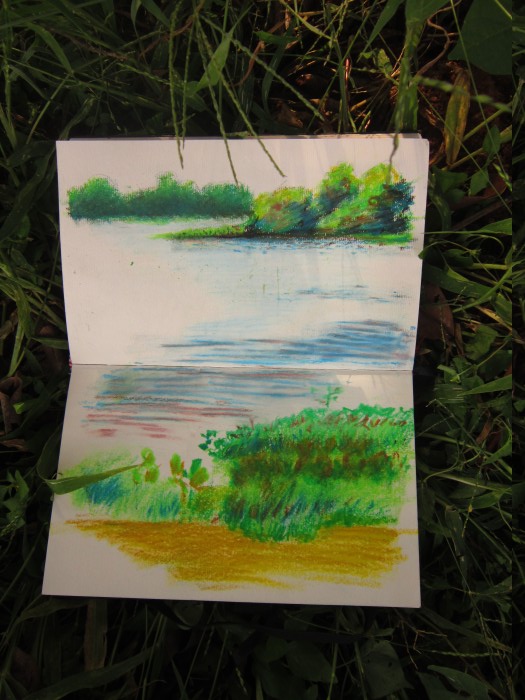 I get back to drawing, and try my hand at a quick oil pastel sketch. Bleuh. 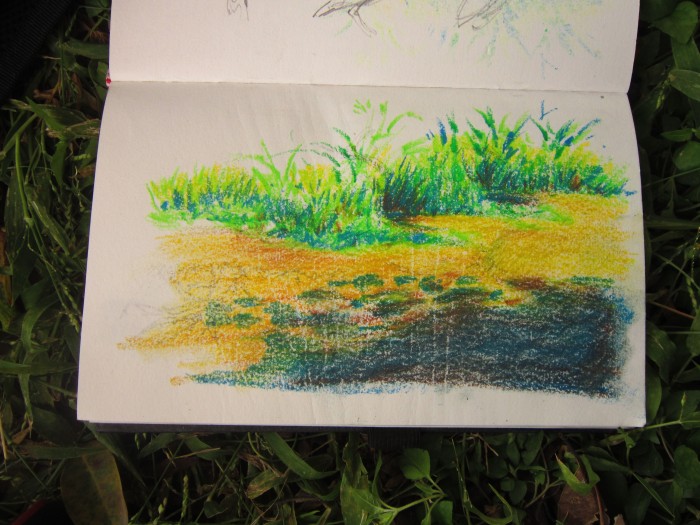 The second one of the pathway by the lake is marginally better. Mental note to investigate oil pastels in depth, but for the moment that distant rumble needs attention. Lunch! We find a little Punjabi Dhaba, a crowded little hole in the wall. The food was surprisingly good. I whipped out a quick gesture while we waited for our Thalis to turn up. I should not have ordered that Lassi though. They served it to me in a water tank. 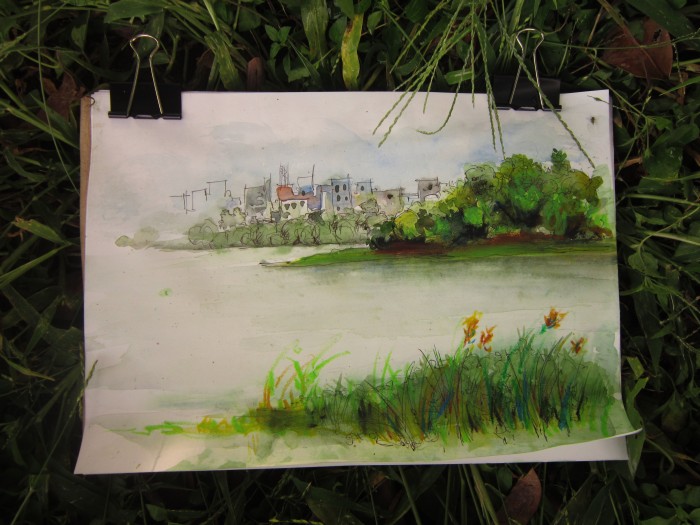 Very full, I waddled back to the lake with the others, very determined to draw one more sketch.

By 4pm, the rotis and Lassis were calling me to bed, so I called it a day.

We should visit this place again, and try the other direction next time. Apparently it has a nursery which may be fun to explore. Also no lurking lovers who give you the shock of your life, just when you think you found a good spot to draw in.

I missed a lot of jammers because I came in late. Anyone else shoot some pictures?

First Previous of 6 Next
This reply was deleted.